Ryder & Amies, outfitter to the University of Cambridge for over 150 years, supporting the Cambridge Colleges and Clubs. Historically it was a gentleman’s tailoring and robe outfitters, established in 1864.

The business was founded by Joseph Ryder (1831-1900) and in 1896 Edward William Amies (1862-1941) took on a partnership with Mr Ryder.  Edward William Amies was a founder member of the Cambridge Chamber of Commerce and held the office of Mayor of Cambridge during the period 1927-1928. Joseph Ryders sons carried on the business after their fathers death although the grandsons did not have any children, thus ended the Ryders’ link with the business. Today it is still run by descendants of the Amies family.

The Amies family continued to ensure the business flourished and moved along with the modern day. Gordon Amies (1914-2002), grandson of the original partner Edward Amies, and his wife Wilhelmina James Amies (1914-2006) became partners and took over the business.

The Amies Family – In Recent Times

Tony, eldest son of Carol Amies (1940-2005) has been involved in the business from a young age working with his mother and father to grow and keep the traditional values of the business and association with the University of Cambridge alive, he is proud to have passed on his knowledge and expertise to his son Mark and is now enjoying retirement.

Steven, youngest son of Carol Amies, has also been involved in the business from a young age working with his brother, mother and father, he now works more behind the scenes of the business with his wife Carrie, whilst their son George works the shop floor.

Mark, also involved in the business from a young age, has developed his knowledge of product lines and been instrumental in expanding the ranges of College items now in stock.  Mark manages the shop floor on a day to day basis and continues to develop new products.  Mark lives in the Fenland area of Cambridge with his wife and young family. 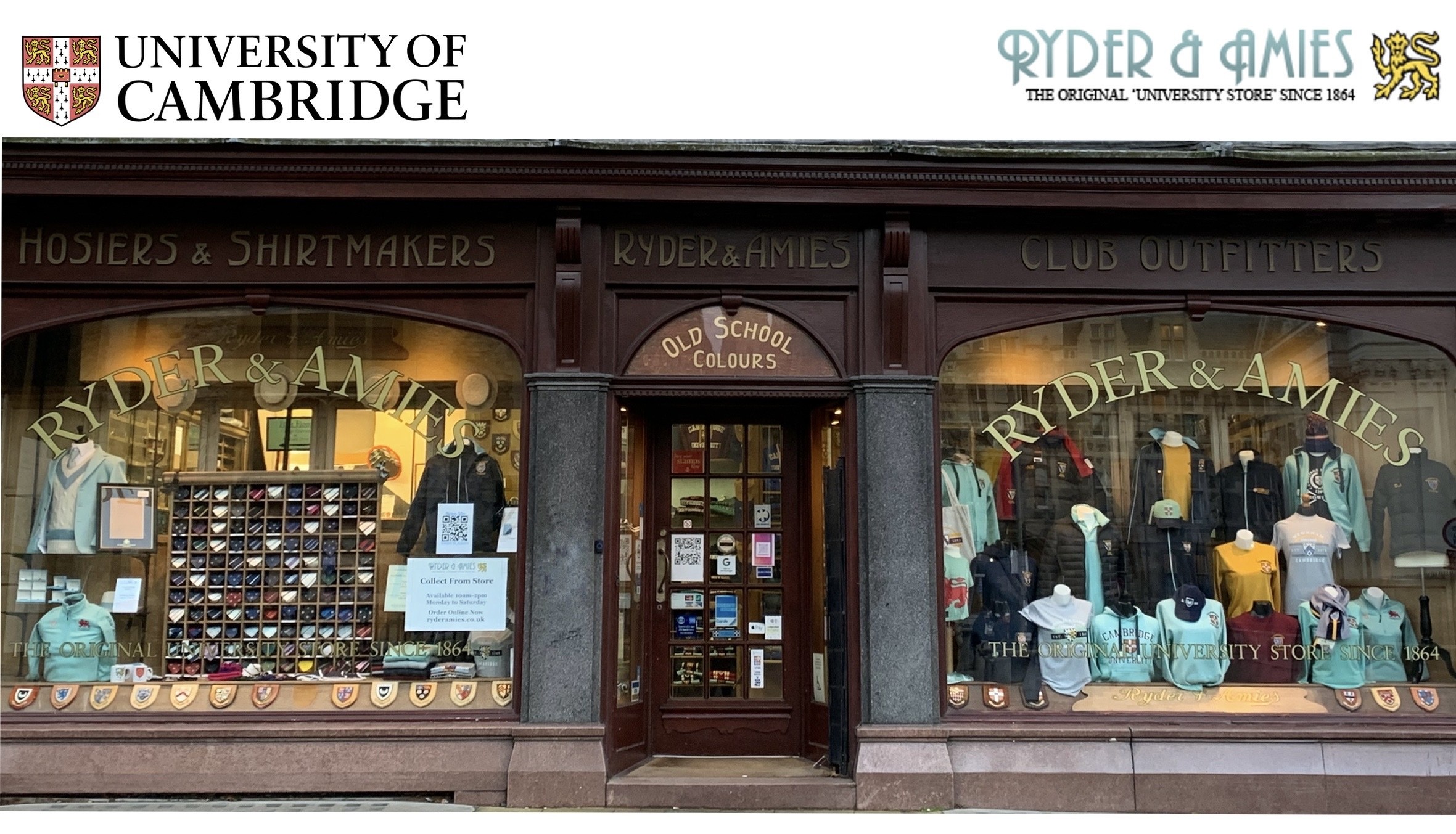